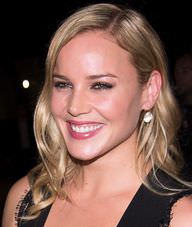 Abbie Cornish is an Australian actress. In 1995, she began taking modeling jobs, after winning the finals of a Dolly Magazine competition.

She grew up in a 70-hectare farm with many animals around and she became vegetarian when she was 13 years old.

She has been nominated for 4 Australian Film Institute Awards and she won one in 2004 for the film "Somersault".

She has been a rapper since 2000 under the name Dusk!

Abbie's birthday is in 305 days

Where is Abbie from?

She was born in Lochinvar, New South Wales, Australia.