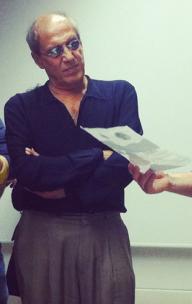 Adriano Celentano is a renowned Italian vocalist, composer, musician, actor, and director who has produced lots of commercially successful albums. He is generally credited with writing the lyrics to his songs, though his wife, Claudia Mori, has claimed that they were occasionally produced in collaboration with others.

He is regarded as one of the pillars of Italian music due to his incredible career and worldwide popularity. He is credited for introducing rock and roll to Italy.

Some of the numerous albums include:

As an actor, he has starred in many notable films and television series like “The Most Beautiful Couple in the World” and “Grand Hotel Excelsior”.

He is known to be an avid fan of Inter Milan.

He is a vegetarian and an advocate for animal rights.

He is sometimes called "el Molleggiato” because of his dancing skills.

Adriano Celentano's birthday is on January 6, 1938.

Adriano's birthday is in 100 days

Where is Adriano from?

He was born in Milan, Italy.