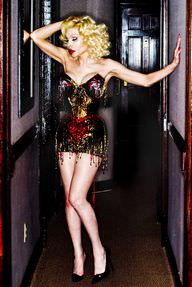 She is an American socialite, model, singer and a performing artist. This star is best known for her constant appearance in David LaChapelle's work and commercials for several companies. Some of her albums and EPs include “I...Amanda Lepore” (2011).

She is a transgender.

When is Amanda's birthday?

In how many days is Amanda's birthday?

Amanda's birthday is in 62 days

How old is Amanda?

Where is Amanda from?