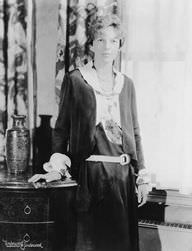 Amelia Earhart was an American aviator and writer. She was an aviation editor for Cosmopolitan magazine for 3 years. She wrote articles, essays and she also published 2 books.

She received the U.S. Distinguished Flying Cross for being the first woman aviator to fly solo across the Atlantic Ocean.

She disappeared during a circumnavigational flight of the globe somewhere over the central Pacific Ocean. George P. Putnam proposed her 6 times before she finally agreed to marry him.

During her childhood, she kept a scrapbook of newspaper clippings with successful women in male-oriented jobs, including film direction, law, advertising and mechanical engineering.

Amelia's birthday is in 235 days

How old was Amelia when she died?

Amelia Earhart would be 125 years old if she was alive today.

Where was Amelia from?

She was born in Atchison, Kansas, U.S..