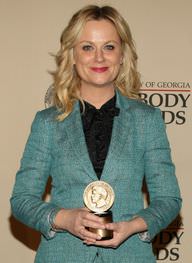 Amy Poehler is an American actress, comedian and writer. She is best known for being a cast member in "Saturday Night Live" and as Leslie Knope in the TV series "Parks and Recreation".

She has been nominated for 15 Emmy Awards and 3 Golden Globes (1 win).

She is of Irish, English, German and Portuguese descent. She married actor Will Arnett in 2003, but they divorced in 2012. They have 2 sons.

Her best friend is actress and comedian Tina Fey. Together, they hosted the Golden Globes 3 times in a row! 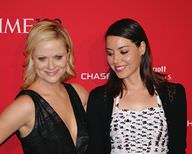 She was born in Burlington, Massachusetts, U.S..