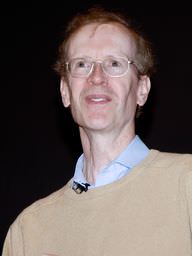 Andrew Wiles is a renowned English mathematician and a number-theory research professor at the University of Oxford. He is widely known for famously proving the “Fermat’s Last Theorem.”

In 1974, he graduated from Merton College, Oxford, with a bachelor’s degree in mathematics. He then earned his Ph.D. in 1980 from Clare College, Cambridge.

Wiles became interested in Fermat’s Last Theorem as a young boy at age 10. His fascination with the theorem led to his decision to devote over six years of research in proving the famous equation.

In June 1993, Wiles presented his first proof for the equation to the public during a conference at Cambridge. However, in August 1993, one area of his proof was discovered to have flaws. Wiles then partnered with Richard Taylor, his former student, and they published a second paper which corrected and completed the entire proof of the equation. Finally, in May 1995, both the initial and corrected papers were published in an Annals of Mathematics dedicated issue.

He was honored with the 2017 Copley Medal and a 2016 Abel Prize for his works on proving the “Fermat’s Last Theorem.” In 2000, he was knighted as a “Commander of the Order of the British Empire.”

I hope that seeing the excitement of solving this problem will make young mathematicians realize that there are lots and lots of other problems in mathematics which are going to be just as challenging in the future.Andrew Wiles

I was so obsessed by this problem that I was thinking about it all the time - when I woke up in the morning, when I went to sleep at night - and that went on for eight years.Andrew Wiles

There's also a sense of freedom. I was so obsessed by this problem that I was thinking about if all the time - when I woke up in the morning, when I went to sleep at night, and that went on for eight years.Andrew Wiles

Andrew's birthday is in 281 days

Where is Andrew from?

He was born in Cambridge, England, UK.

Andrew Wiles is a famous British mathematician, who was born on April 11, 1953. As a person born on this date, Andrew Wiles is listed in our database as the 45th most popular celebrity for the day (April 11) and the 81st most popular for the year (1953).

People born on April 11 fall under the Zodiac sign of Aries, the Ram. Andrew Wiles is the 1461st most popular Aries.

Aside from information specific to Andrew Wiles' birthday, Andrew Wiles is the 267th most famous British and ranks 8th in famous people born in Cambridge, England, UK.

In general, Andrew Wiles ranks as the 18869th most popular famous person, and the 25th most popular mathematician of all time. “The Famous Birthdays” catalogs over 40,000 famous people, everyone, from actors to actresses to singers to tiktok stars, from serial killers to chefs to scientists to youtubers and more. If you're curious to see who was born on your birthday, you can use our database to find out who, what, where, when and why. You can search by birthday, birthplace, claim to fame or any other information by typing in the search box, or simply browse our site by selecting the month, the day, the horoscope, or any other clickable option.