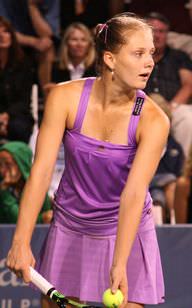 She is a Russian sportswoman who played tennis professionally.

When she was born, the tennis gem was given the name Anna Djambuliovna Chakvetadze by her father Djambuli. She is also known to have a brother by name Roman.

She loved sports growing up and even though playing was good for her, it also put her in danger. At one time in 2007, robbers attacked her home and physically assaulted her father while tying her up. They had noticed a Rolex watch she had won during an exhibition and wanted it for themselves. They took over three hundred thousand dollars’ worth of items and encouraged her to keep playing and that they will return for more. A few months later, several people were arrested in connection with the robbery.

Chakvetadze started falling in love with tennis when her mother introduced her to it as a child. She was an incredible player and was in the finals during the Wimbledon junior championships.

In 2001, she joined the ITF Women’s Circuit then in 2006, she took part in the Kremlin Cup championship and emerged winner. The following year, she participated in the San Diego Classic competition and was a runner-up. Chakvetadze has also taken part in a lot of tournaments including the Australian Open, US Open and French open among others. 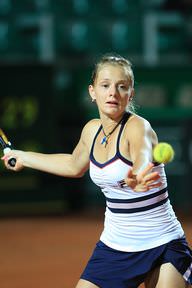 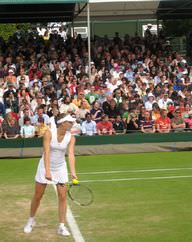 Anna's birthday is in 154 days

She was born in Moscow, Russia.

What is Anna Chakvetadze's height?