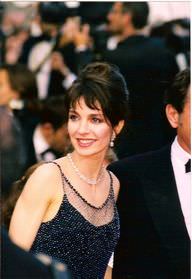 Anne is a talented French actress who has graced the screens with her radiance and has become popular due to shows like “La Femme Nikita”.

She loved dancing as a young child and learnt to do ballet dancing. As she got older, she began having aspirations of being a lawyer but before she could give that a shot, an acting gig fell in her lap and completely changed her plans and her life. She got married to Luc Besson in 1986 and together, they had a daughter who also got into the acting industry. They however separated in 2005. She became the wife of Jean Michel Jarre. About five years later, the marriage ended.

Anne's birthday is in 214 days

Where is Anne from?

She was born in Paris, France.