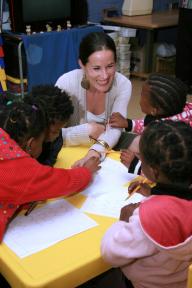 Ashley Biden is an American social activist, social worker and fashion designer who has held a number of prominent positions throughout her endeavors.  She also happens to be the daughter of one of the most-powerful politicians in America, Joe Biden.

In January 2021 her father, Joe Biden, was sworn in as US President. And she is the only child of her mother, Jill Biden.

Her paternal half-brothers are Hunter Biden and the late Beau Biden.

She married a plastic surgeon named Howard Krein in 2010.

She holds a master’s degree from the School of Social Policy and Practice, a division of the University of Pennsylvania.

She has been involved in social work practically since the time she completed her undergrad studies at Tulane University.

In 2017 she launched a fashion brand called the Livelihood Collection.

Social causes she has been involved in range from working with students, the elderly, crime victims and for the causes of income and racial equality. In fact, she was a recipient of the “John Hope Franklin Combating American Racism Award” via the University of Pennsylvania.

In 1999 she was arrested on a possession of marijuana charge.  She was also at the center of a scandal in 2009 whereas a video reportedly existed of her using cocaine.

She is of the Catholic Religion.

Title
United States Vice President Joe Biden dances the hora with his daughter Ashley at her wedding to Howard Krein in Wilmington, Delaware on 2 June 2012. Ashley, 30, is the youngest of Biden's children and his only child with his wife, Jill.
Author
White House/David Lienemann
Source
https://en.wikipedia.org/wiki/File:Joe_Biden_dances_the_hora_with_his_daughter.jpg
Credit
The Atlantic
License
Public domain

Title
Vice President Joe Biden, second lady Jill Biden, and their daughter, Ashley, watch the Ballou Senior High School majestic Marching Knights pass in front of the presidential inauguration parade official review stand. The 57th Presidential Inauguration was held in Washington on Monday, Jan. 21, 2013. The procession of more than 8,000 people that started at Constitution Avenue continued down Pennsylvania Avenue to the White House included ceremonial military regiments, citizen groups, marching bands and floats. The president, vice President, their spouses and special guests then review the parade as it passes in front of the presidential reviewing stand. The stadium-style stage is erected for the inauguration on the west front of the Capitol. It has more than 1,600 seats for members of Congress, Supreme Court justices, governors, foreign ambassadors, military leaders, Cabinet members, former presidents and the families of President Barack Obama and Vice President Joe Biden. The 57th Presidential Inauguration was held in Washington, on Monday, Jan. 21, 2013. The inauguration included the presidential swearing-in ceremony, inaugural address, inaugural parade and numerous inaugural balls and galas honoring the elected president of the United States. During the 10-day inaugural period, approximately 6,000 National Guard personnel from more than 30 states and territories worked for Joint Task Force-District of Columbia, providing traffic control, crowd management, transportation, communication, medical and logistical support as well as marching in the inaugural parade. More than 13,000 active duty, National Guard and Reserve military members were involved in the inauguration. The presidential inaugural parade included members from all branches of the armed forces of the United States. Since 1789, the U.S. armed forces have participated in this important American tradition honoring our commander in chief. The parade is organized by the Joint Task Force-National Capital Region, and participants are selected by the Preside
Author
Tech. Sgt. Eric Miller
Source
https://en.wikipedia.org/wiki/File:Ashley_Biden_130121-Z-QU230-318_(1).jpg
Credit
https://www.dvidshub.net/image/824960
License
Public domain

Ashley's birthday is in 193 days

Where is Ashley from?

She was born in Wilmington, Delaware, U.S..