He started practicing kickboxing right from a tender age of seven under the supervision of former World Champion, Mousid Akamrane.

He lived and grew with his parents and he is of Moroccan-Dutch descent. He has a brother named Yassin Hari. He got married to Daphne Romani. His children include, Amber and Houda Hari.

Since 2009, songs of praises have been sung to him by the King of Morocco, Mohammed VI, for his outstanding accomplishments. 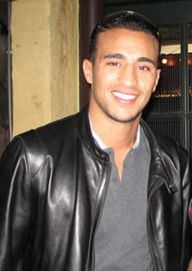 People born on December 8 fall under the Zodiac sign of Sagittarius, the Archer. Badr Hari is the 2553rd most popular Sagittarius.

Aside from information specific to Badr Hari's birthday, Badr Hari is the 203rd most famous Dutch and ranks 26th in famous people born in Amsterdam, Netherlands.

In general, Badr Hari ranks as the 33560th most popular famous person of all time. “The Famous Birthdays” catalogs over 25,000 famous people, everyone, from actors to actresses to singers to tiktok stars, from serial killers to chefs to scientists to youtubers and more. If you're curious to see who was born on your birthday, you can use our database to find out who, what, where, when and why. You can search by birthday, birthplace, claim to fame or any other information by typing in the search box, or simply browse our site by selecting the month, the day, the horoscope, or any other clickable option.