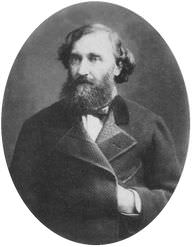 That same year, the Argentine politician became Buenos Aires’ governor, and held that office until 1862 when he was elected as the president of the country. During the latter part of the nineteenth century, Mitre established himself as one of the country’s most influential political figures.

As a journalist, he worked with media organizations like El Progreso, and El Comercio. In 1870, he established a newspaper company called La Nación.

His wife was called Delfina Vedia.

In 1839, he completed his training at the Montevideo-based military school.

He reached the rank of Lieutenant general before leaving the army.

He helped to establish the universal suffrage which allowed every adult citizen to vote.

Bartolomé's birthday is in 207 days

How old was Bartolomé when he died?

Bartolomé Mitre would be 201 years old if he was alive today.

Where was Bartolomé from?

He was born in Buenos Aires.