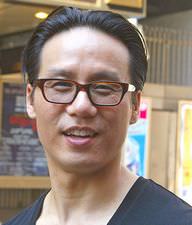 BD Wong gained international fame in 2015 after starring as Whiterose in the television series entitled “Mr. Robot”. Other works on his filmography include “Law & Order: Special Victims Unit”, “Gotham” and “Seven Years in Tibet”.

He received education at Lincoln High School and continued at the San Francisco State University.

BD Wong has been the recipient of many awards, which include:

He has a Chinese background.

He came out as gay in 1988 and started dating Richie Jackson, a talent agent.

He had his children through surrogacy.

He is the first Broadway actor to use the same character to win the Theatre World Award, Tony Award, Clarence Derwent Award, Outer Critics Circle Award, and Drama Desk Award.

BD Wong's birthday is in 27 days

Where is BD Wong from?

He was born in San Francisco, California, U.S..