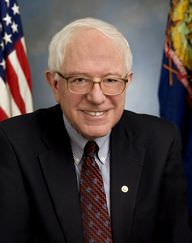 Barnard Sanders, famously known as Bernie Sanders, is one of America’s most renowned politicians and activists. In 2021, he was the longest-serving non-partisan politician in USA’s congressional history. However, he has a very close bond with the Democratic Party and has sought to become the party’s presidential candidate on two unsuccessful occasions.

He is of Jewish and Polish descent. The politician was born in Brooklyn, New York City, and grew up in Midwood, Brooklyn. He received elementary education at P.S. 197 and enrolled in Hebrew School, celebrating his “bar mitzvah” in 1954.

He attended James Madison High School and he is a 1964 political science graduate of the University of Chicago.

In 1981, Sanders became the mayor of Burlington after winning the election as an independent candidate. He was elected as Vermont district’s representative at USA’s “House of Representatives” in 1990 and held the position until 2007. In 2006, he was elected to the USA Senate, and as of 2021, he was the chair of the US Senate Budget Committee.

Sanders co-founded the “Congressional Progressive Caucus.” During the Democratic Party’s 2016 and 2020 presidential nominations, he came second to Hillary Clinton and President Joe Biden.

Bernie Sanders' birthday is in 24 days

Where is Bernie Sanders from?