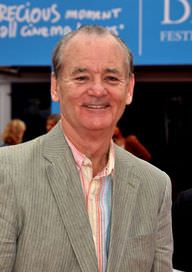 Bill Murray is an American actor and comedian.

He is widely regarded as one of the greatest comedians and one of the most versatile actors of all time.

He has been married twice and he has 6 children.

He doesn't have an agent or a manager and he only fields offers for scripts through a telephone number with a voice mailbox! 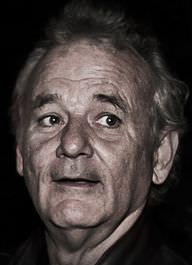 Title
Na na na na na? Be the ball Johnny?. With Bill Murray on the field, the audience shout-outs are a reply of Caddyshack, and he plays the part. Here he is trying to signal the ball to go closer to the pin? Cindarella story?. outta nowhere?. former greenskeeper about to become the Masters champion. When his ball stopped just short of the hole, he went through pained histrionics, stumbling and dragging his putter behind him like a rake? and pulling the ball in behind him for a no-look gimme.
Author
Source
http://commons.wikimedia.org/wiki/File:Bill_Murray_(99082849)_cropped.jpg
License
CC BY 2.0

Bill Murray's birthday is in 234 days

Where is Bill Murray from?

He was born in Wilmette, Illinois, U.S..