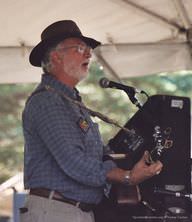 Bill Staines was one of the most well-known and significant celebrities during his day. He was regarded as a folk musician, singer, and composer who composed and delivered songs about a variety of topics.

He released his debut album, "A Bag of Rainbows," in 1966 to acclaim. After that, he released further hit songs, including "Journey Home," "The Happy Wanderer," "Whistle of the Jay," and "Going to the West."

Staines lost his life through the complications of prostate cancer.

He was skilled with the guitar.

Bill's birthday is in 126 days

Where is Bill from?

He was born in Medford, MA, Massachusetts, U.S..