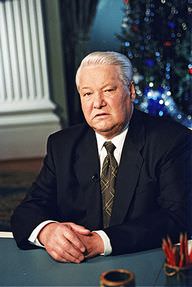 He was a Russian politician who is noted to have served as Russia's President as a Soviet between 1991 and 1999. He is also noted to have been an active member of the Communist Party of the Soviet Union between 1961 and 1999 but later went politically independent during which he was already imbibing into Russia, nationalism and liberalism.

Right before his unpopular exit from office, Yeltsin’s term became filled with political crises, which ruined his figure as a president. He was also criticized for disbanding the Soviet Union, which gave Russia a rebirth into the representative democracy, therefore, opening doors to new political ideas, economic and cultural freedom.

He was born to father, Nikolai Yeltsin who was a farmer. His mother was Klavdiya Vasil'evna Starygina. His siblings include; Mikhail and Valentina.

Yeltsin got married to Naina Yeltsina in 1956 and they both remained in a marriage that lasted for about 51 years, up until his death in 2007. He gave birth to three children, including his former personal adviser, Tatyana Yumasheva.

He ruled Russia as President for eight years.

He occupied the office of 'Chairman of the Presidium of the Supreme Soviet of the Russia SFSF' beginning from 30th of May, 1990 till 10th of July, 1991.

He blew off his thumb and index finger while playing pranks with a grenade.

He enjoyed swimming in icy water.

He usually started his day with a cold shower all through his life. 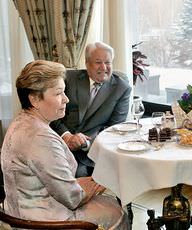 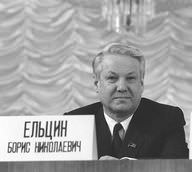 Title
MOSCOW. On 21 February 1989 Moscow city and national-territorial electoral district No. 1 of the Russian Soviet Federative Socialist Republic (RSFSR) held the district\'s pre-electoral assembly in the Hall of Columns in the House of the Unions. At this assembly 10 candidates from Moscow presented and discussed their electoral platforms. The assembly delegates elected first deputy Director of Gosstroi and Minister of the Soviet Union, Boris Yeltsin, as candidate for the Congress of People's Deputies.
Author
ITAR-TASS
Source
http://commons.wikimedia.org/wiki/File:Boris_Yeltsin_21_February_1989-1.jpg
Attribution
Kremlin.ru
License
CC BY 4.0 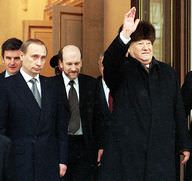 A man must live like a great brilliant flame and burn as brightly as he can. In the end he burns out. But this is far better than a mean little flame.Boris Yeltsin

We don't appreciate what we have until it's gone. Freedom is like that. It's like air. When you have it, you don't notice it.Boris Yeltsin

Boris' birthday is in 54 days

How old was Boris when he died?

Boris Yeltsin would be 90 years old if he was alive today.

Where was Boris from?

He was born in Butka, Sverdlovsk Oblast, Soviet Union.

Boris Yeltsin was a famous Russian politician, 1st President of Russia, who was born on February 1, 1931. As a person born on this date, Boris Yeltsin is listed in our database as the 101st most popular celebrity for the day (February 1) and the 143rd most popular for the year (1931).

People born on February 1 fall under the Zodiac sign of Aquarius, the Water Bearer. Boris Yeltsin is the 2931st most popular Aquarius.

In general, Boris Yeltsin ranks as the 37410th most popular famous person, and the 390th most popular country president (prime minister) of all time. “The Famous Birthdays” catalogs over 40,000 famous people, everyone, from actors to actresses to singers to tiktok stars, from serial killers to chefs to scientists to youtubers and more. If you're curious to see who was born on your birthday, you can use our database to find out who, what, where, when and why. You can search by birthday, birthplace, claim to fame or any other information by typing in the search box, or simply browse our site by selecting the month, the day, the horoscope, or any other clickable option.