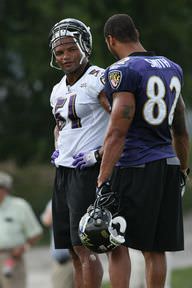 Brendon Ayanbadejo is a retired American football player. He played as a linebacker in the CFL and the NFL. He has played for many teams, such as the Chicago Bears, the Miami Dolphins, the Toronto Argonauts, the Amsterdam Admirals and the Baltimore Ravens.

He was born in Chicago in 1976. He majored in history! He is married and he has 2 children. He has openly supported same-sex marriage during his career.

Brendon Ayanbadejo's birthday is on September 6, 1976.

Brendon's birthday is in 341 days

Where is Brendon from?