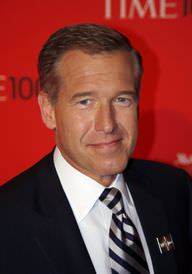 Brian Williams is an American journalist and news anchor.

Brian Williams has reported in cities including New York and Washington D.C. He became an anchor for NBC Nightly News in 2004. His coverage of the Hurricane Katrina disaster was well received. Williams is currently an anchor for MSNBC. Williams has won several awards for his work, including two Emmy Awards.

Williams has been involved with several incidents that involve controversy. During the Iraq War, Williams made statements about his helicopter being attacked that were found to not be entirely true. He also supposedly lied about flying to Baghdad with Seal Team Six.

Brian's birthday is in 213 days

Where is Brian from?

He was born in Ridgewood, New Jersey, U.S..