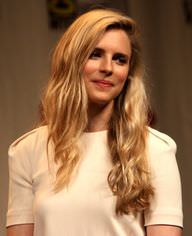 Brit Marling is an American actress, film producer and screenwriter known for writing, producing and starring in such films as 2011’s Another Earth and 2013’sThe East. She is also known for playing Nancy Lincoln in the 2014 biographical film The Better Angels. On television, she is known for her work on a number of series, including the British drama series Babylon, in which she played the character Liz Garvey.

She is the sister of film producer Morgan Marlin.

She was named after her maternal great-grandmother from Norway.

In 2009, she joined a group of freegans and lived as a nomad eating from trash cans.

Brit's birthday is in 315 days

Where is Brit from?