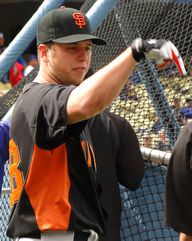 Buster Posey, born Gerald Dempsey Posey III, had an impressive college career with the men’s baseball team of the Florida State University winning the Brooks Wallace and Golden Spikes Awards in the process.

During the MLB Draft of 2008, he was selected by the San Francisco Giants through which he debuted in the league in September 2009. As of December 2020, he has played in every MLB season from 2009 to 2019 for the Giants. He chose to stay away from the shortened 2020 season (brought on by the 2019/2020 world pandemic) because of family issues.

He is the son of Tracy and Demp Posey. He grew up with three younger siblings. In January 2009, he married Kristen, his girlfriend from high school. They are parents to biological twins Addison and Lee and adopted twins Livvi and Ada. 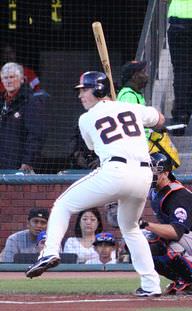 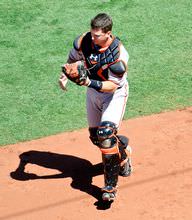 Buster's birthday is in 223 days

Where is Buster from?

He was born in Leesburg, Georgia, U.S..