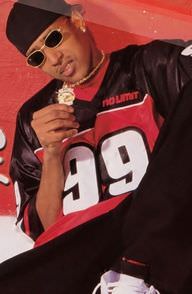 C-Murder, as he’s mostly known in the entertainment industry, became famous in the 1990s when he joined the hip hop team known as TRU. The group, which was under the No Limit Records label, produced lots of single of which the American rapper played instrumental roles. Some of their singles include "I Always Feel Like" and "Hoody Hooo". He was a member of the group when they released their first studio album named “Understanding the Criminal Mind”.

However, he established his name in the music world when he dropped his debut studio album, as a solo artiste, named “Life or Death”. In addition, he has released other successful albums like “Bossalinie”, “Trapped in Crime” and “Screamin' 4 Vengeance”.

He was sentenced to life in prison in 2009 after he was found guilty of murder.

While in prison, Miller released a number of novels with the notable ones titled “Red Beans and Dirty Rice For The Soul”, “Death Around The Corner” and “Bound By Loyalty”.

C-Murder's birthday is in 98 days

Where is C-Murder from?