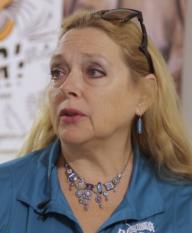 Carole Baskin is an American activist who specializes in what is known as big-cat rights, i.e. the protection of tigers and the like. And whereas that may seem like a rather inconspicuous job, she has achieved a considerable amount of fame as one of the main characters in the life of Joe Exotic, aka the “Tiger King”.

She had a daughter in 1980 named Jamie Veronica Murdock. This was via her first husband, Michael Murdock, who is also one of her former employers.

She actually met her second husband, Don Lewis, during a fight she was having with Michael Murdock.

Baskin’s most famous business venture has been the establishment of a sanctuary called Big Cat Rescue, which dates back to 1992.

In 2019 she received the Carole Noon Award for Sanctuary Excellence from the Global Federation of Animal Sanctuaries.

She has been independent since her mid-teens and has ascended from a troubled childhood.

She has been involved in protecting ‘big cats’ since the time she was a teenager.

Her feud with Joe Exotic dates back to 2011, whereby she accused him of animal abuse against his tiger cubs.

Her second husband infamously disappeared in 1997 and five years later was pronounced legally dead. In that regard, there has been accusations against Baskin – for instance considering the fact that she once allegedly threatened to kill him. And Joe Exotic more or less accused her of such in a music video he made in 2015 entitled “Here Kitty Kitty”.

The selfsame Joe Exotic also tried to hire a hitman to kill her, which ultimately earned him a 22-year prison sentence. He was also convicted earlier of illegally using her trademark, in which he was ordered to pay her $1,000,000 in restitution.

Moreover, Baskin went on to strongly disagree with the way she was portrayed in the hit Netflix series “Tiger King: Murder, Mayhem and Madness” (2020).

Carole's birthday is in 257 days

Where is Carole from?

People born on June 6 fall under the Zodiac sign of Gemini, the Twins. Carole Baskin is the 68th most popular Gemini.

Aside from information specific to Carole Baskin's birthday, Carole Baskin is the 469th most famous American and ranks 8th in famous people born in Texas, U.S.

In general, Carole Baskin ranks as the 679th most popular famous person, and the 4th most popular activist / civil rights leader of all time. “The Famous Birthdays” catalogs over 40,000 famous people, everyone, from actors to actresses to singers to tiktok stars, from serial killers to chefs to scientists to youtubers and more. If you're curious to see who was born on your birthday, you can use our database to find out who, what, where, when and why. You can search by birthday, birthplace, claim to fame or any other information by typing in the search box, or simply browse our site by selecting the month, the day, the horoscope, or any other clickable option.