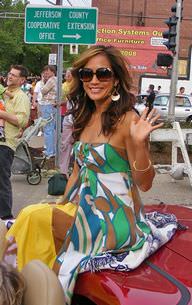 Following her win in a Hawaiian talent show in 1986, Carrie Ann Inaba was sent to Japan, where she lived for two years as a pop star. She found fame in the country within those two years through the singles “Be Your Girl” and “Party Girl”.

When she returned to the United States, she put her dancing skills to work in 68 episodes of the popular comedy television series, “In Living Color” as a member of Fly Girls. She has since become well-known to American television audiences as a judge on “Dancing with the Stars”.

She grew up in Honolulu, Hawaii and has Japanese, Chinese and Irish ancestry. She has dated Jesse Sloan and actor Robb Derringer.

She has supported PETA and the Humane Society of the United States. She also established the Carrie Ann Animal Foundation.

Where is Carrie Ann Inaba from?

She was born in Honolulu, Hawaii, U.S..