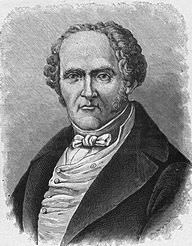 Charles Fourier was a French philosopher who, in 1837, came up with the term “feminism”. He has also been credited for promoting utopian socialism. Throughout his career, he argued that a society would develop when its members cooperate and show concern.

His ideas have helped to develop societies like Ohio’s Utopia town and the North American Phalanx which was located in Red Bank, New Jersey. He also published many books with some named “Design for Utopia: Selected Writings” and “Oeuvres complètes de Charles Fourier”. The “Fourierism” school of thought was named after him.

As a child, he had wanted to become an engineer.

He influenced other great philosophers like Karl Marx, Walter Benjamin, and Pierre-Joseph Proudhon.

His name was mentioned in the 1990 film “Metropolitan”.

Charles' birthday is in 184 days

How old was Charles when he died?

Charles Fourier would be 250 years old if he was alive today.

Where was Charles from?

He was born in Besançon, France.