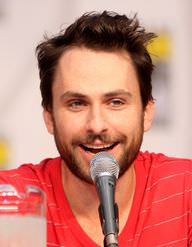 In the year 2000, Charlie Day had his acting debut in the TV movie Mary and Rhoda. He then had small roles in a few series and films such as Madigan Men, Campfire Stories, and Luis before becoming an actor, producer, and writer for It's Always Sunny in Philadelphia. Though It's Always Sunny In Philadelphia has been Day's main project for the last 12 years, he has also been in popular TV series including Reno 911! and Law & Order. In 2011, he was in the film Horrible Bosses.

Charlie's birthday is in 1 day

Where is Charlie from?