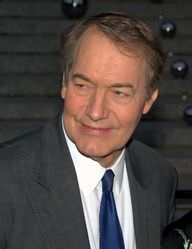 Charles Peete Rose Jr. is famous for being one of the most-watched journalists on television in the United States of America.

He first rose to fame in the mid-1980s as the “CBS News Nightwatch” host. His popularity increased with the launch of his eponymous interview and talk show, “The Charlie Rose Show” in 1991.

He is also widely recognized as a former co-host of “CBS This Morning”.

He was fired from the last two shows mentioned above in 2017 following sexual harassment allegations from multiple women he had worked with.

He has been a recipient of multiple Peabody Awards. He is a member of the N.C. Journalism Hall of Fame.

He interviewed Barack Obama eleven times on his self-titled show.

Charlie's birthday is in 92 days

Where is Charlie from?

He was born in Henderson, North Carolina, U.S..