He is a musician from America who played the guitar for Megadeth, a popular heavy metal band established in Los Angeles.

Playing the guitar formed an integral part of Broderick’s formative years. His parents ensured he perfected electric guitar, classical guitar, violin and piano every day. He graduated with a degree from Lamont School of Music at the University of Denver after completing his studies in classical guitar music performance.

Borderick was the chief performer of the guitar and keyboard of Jag Panzer, an American band from Colorado Springs. He spent nearly 10 years with the band after joining in 1997 when Joey Tafolla, who was the guitarist of the band made his second exit from the band.

In the early 2000’s he was a part of live shows organized by Nevermore, a heavy metal band formed in Seattle in the United States.

In 2008, he replaced Glen Drover, the lead guitarist of Megadeth, after the latter left the band. The activities of his new group interrupted his work with Jag Panzer and Nevermore. In 2014, he parted ways with Megadeth.

He entered a relationship with photographer Stephanie Cabral in 2003. 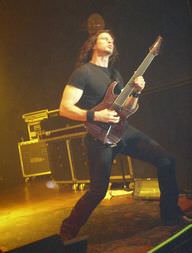 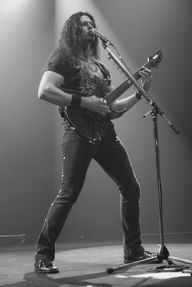 Chris' birthday is in 158 days

He was born in Lakewood, Colorado, U.S..