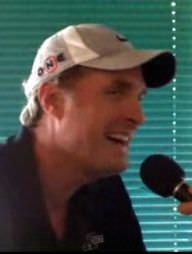 Christian Laettner is a retired American basketball player known for his impressive college basketball career with the Duke Blue Devils men's basketball team of Duke University. He went on to have an equally successful career in the NBA, playing for such teams as the Atlanta Hawks, the Dallas Mavericks and the Miami Heat.

He was born to Bonnie and George Laettner. In 1996, he got married to a woman named Lisa Thibault, with whom he had multiple children.

He was the only college player selected to play in the iconic 1992 United States men's Olympic basketball team (Dream Team) that won gold at the 1992 Summer Olympics. As a member of the iconic Dream Team, he was inducted into the U.S. Olympic Hall of Fame and the Naismith Memorial Basketball Hall of Fame in 2010.

Christian's birthday is in 263 days

Where is Christian from?

What is Christian Laettner's height?