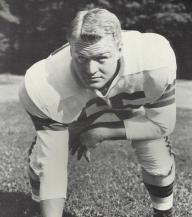 The 1993 Pro Football Hall of Fame inductee Charles Henry Noll was an American professional footballer known for his stellar athleticism and field vision. Noll was also known to be a great head coach for the Pittsburgh Steelers from 1969 to 1991.

The legendary football player was born to Katherine Steigerwald and William Noll. He graduated from Benedictine High School, playing running back and tackle on his high school football team. Noll went on to college, graduated from Notre Dame and also graduated from the University of Dayton.

The former footballer was drafted by the Cleveland Browns in the 20th round of the 1953 NFL Draft where he played till 1959. He later left to coach the Los Angeles/San Diego Chargers' defensive line from 1960 to 1961. He left the team as the Defensive coordinator and backfield coach from 1962 to 1965. Noll had great success and joined the Baltimore Colts as a coach from 1966 to 1968. 1969 saw Noll being the Head coach of the Pittsburgh Steelers till his retirement in 1991.

Noll married Marianne Noll from 1957 to 2014. The legend died in 2014 after having suffered years from Alzheimer's disease. He was survived by a son.

Chuck's birthday is in 91 days

How old was Chuck when he died?

Chuck Noll would be 90 years old if he was alive today.

Where was Chuck from?