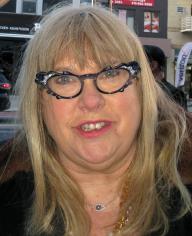 Colleen Camp is a seasoned American actress and producer, who earned herself a role in the 1974 comedy, "The Swinging Cheerleaders". She backed it up with roles in two installments of the 1984 - 1994 American comedy series, "Police Academy", where she played the role of Kathleen Kirkland.

Colleen’s father is Wilson Camp and her mother is called Dorothy Camp. Glen and Don Camp are her siblings. She got married to American film producer, "John Goldwyn" in 1986, a marriage, which ultimately ended in 2001. Her daughter is American actress, Emily Goldwyn.

She was nominated for the "Worst Supporting Actress" at the 1983, 1994 Razzie Awards.

Her first marriage was at age 43.

She majored in English and minored in theater arts at California State University.

Colleen's birthday is in 250 days

Where is Colleen from?