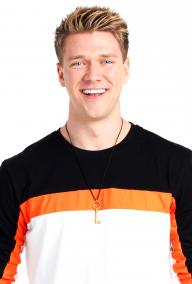 Collins Key is an American magician, entertainer, host, YouTube star and former contestant on the talent show competition, America’s Got Talent. Key became the first-ever magician to be a finalist on the show.

He presents challenges, DIYs and hacks with a comedic twist on his self-titled YouTube channel. Due to his huge influence on YouTube, he earned ambassadorial deals with top brands like Unilever, Disney, and Johnson & Johnson.

Key’s parents are Anne and Steven Key. His younger brother, Devan, has collaborated with him on a lot of his YouTube videos.

As of February 2020, Key’s YouTube channel had amassed 20.7 million subscribers and over 4 billion total video views.

Collins' birthday is in 90 days

Where is Collins from?