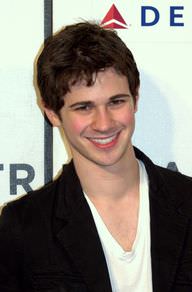 Connor Paolo is an American actor famed for his portrayal of characters such as Declan Porter in the American television soap opera Revenge and Eric van der Woodsen in the teen drama television series Gossip Girl. His notable film roles credits include 2007's Snow Angels and 2006's World Trade Center, for which he was nominated for a Young Artist Award.

He was born to pianist Julia Mendelson and writer and screenwriter Colin Paolo.

He made his film debut in the 2003 film Mystic River, in which he played the role of Young Sean Devine.

He shocked fans by suddenly leaving the hit series Gossip Girl in 2011.

He voiced the character Tom on the open world, action-adventure video game Bully.

Connor's birthday is in 216 days

Where is Connor from?