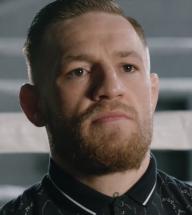 Conor McGregor is a famous mixed martial artist who hails from Ireland. He was once UFC’s lightweight and featherweight champion. He made name for himself with his trademark trash-talk prior to his fights.

He had his fight professional mixed martial art fight in March 2008 against Gary Morris in the lightweight division. However, he signed up to the UFC in 2013 and has become one of the greatest to ever participate in the sport.

McGregor surprised the world in 2017 when he jumped into the boxing ring to fight boxing superstar, Floyd Mayweather Jr. The fight was described as the biggest bout in the history of combat sports.

Conor lived most of his early life with his parents, Anthony and Margaret McGregor. He has two other siblings, Erin and Aoife. He gave birth to his firstborn, Conor Jack Jr., in 2017 with Dee Devlin. In 2019, the couple had their second child called Croia.

He recorded the fastest knockout in UFC history when he defeated Jose Aldo after just 13 seconds in 2015.

He was the second Irish to fight in the UFC after Tom Egan. 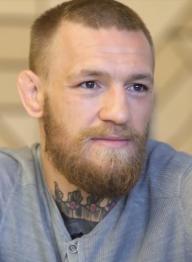 Conor's birthday is in 9 days

Where is Conor from?

He was born in Crumlin, Dublin, Ireland.