He is popularly known for his association with the heavy metal band “Slipknot” and the rock band “Stone Sour” as a lead vocalist and lyricist.

His daughter, named Angeline, was born in 1992. In 2002, Scarlett, a woman who was then engaged to Taylor, gave birth to their son, Griffin Parker. The two got married in 2004 and divorced three years later.

In 2013, he won the “Best Vocalist” award at the Revolver Golden Gods Awards.

He also won the “Rock Titan” award at the Loudwire Music Awards in 2015.

Taylor was also recognized at the Kerrang! Awards with the “Legend” award. 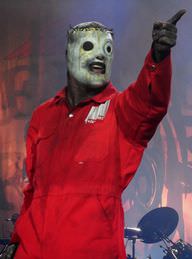 Corey's birthday is in 13 days

Where is Corey from?