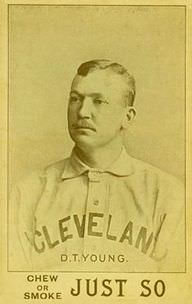 Cy Young, born Denton True Young, is widely considered as one of the best pitchers to have played in the MLB. He abandoned his work as a farmer to chase his dream in the league. His professional career started in 1889 when he made his debut in the Tri-State League.

After some fine displays, he joined the National League after he was signed by Cleveland Spiders. He would best be remembered for his time with the Red Sox (then Boston Americans). He led the team to win the World Series in 1903. He was also known for his perfect display against fellow MLB side Philadelphia Athletics where he retired the 27 batters he played against.

He also played for other renowned teams like the St. Louis Cardinals, Cleveland Naps, and Boston Rustlers.

He was one of the offspring of McKinzie Young Jr. and Nancy Mottmiller. His siblings were called Anthony, Jesse Carlton, Ella, and Alonzo. He was married to a lady known as Robba Miller.

Young has been inducted into a number of hall of fames including the National Baseball Hall of Fame, Cleveland Indians Hall of Fame, and the Boston Red Sox Hall of Fame. He was the recipient of the Triple Crown in 1901.

An award for the league’s best pitcher, which was established in 1956, was named after him.

After recording a total of 551 wins, he became the player with the most wins in the league.

Throughout his career, he pitched a record three no-hitters. 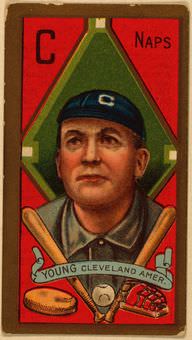 Cy Young's birthday is in 53 days

How old was Cy Young when he died?

Cy Young would be 155 years old if he was alive today.

Where was Cy Young from?