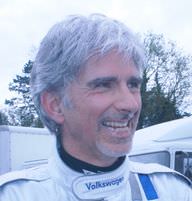 Damon Hill is a retired English racing driver. As the son of Formula 1 legend Graham Hill, his career reached the expected heights.

His birthplace was Hampstead, London. He was schooled at The Haberdashers’ Aske’s Boys’ School. Unfortunately, in 1975, his father died in a plane crash. The situation left himself and his family in challenging and reduced circumstances. He had to become a motorbike courier and do labor work to further his education.

As of 2021, he was the husband of Susan George, and they had four children.

He began motorcycle racing in 1981. Following minor successes in motor racing, he decided to move to single-seater car racing. He then competed in the International Formula 3000.

He joined Williams Racing as a test driver in 1992. Hill became a member of the Williams racing team the following year.

His first victory came in 1993, at the Hungarian Grand Prix.  The racing driver was the champion of the 1996 FIA Formula 1 World Championship. He left Williams racing in 1997.

He then joined Jordan and Arrows teams for the rest of his career. He helped Jordan secure their first win in 1998. 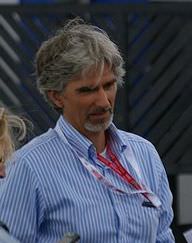 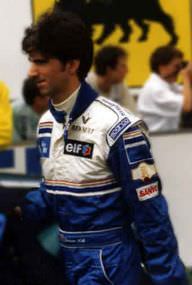 Damon's birthday is in 355 days

Where is Damon from?