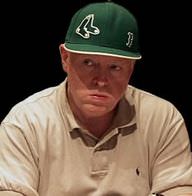 Best known in poker circles as a master strategist, “Action Dan” as he is nicknamed is the author of best-selling strategy books. He also has a background in law and finance which has contributed to his success.

A native of Cambridge, Massachusetts, he started off playing chess where he quickly rose to become a master of the game. In 1972, he won the Massachusetts Chess Championship. He experimented with backgammon in 1976 and by 1981, he had started making waves in the sport.

He started playing professional poker in 1982. In 1987, he participated in the $10,000 No Limit Hold’ em Championships of the World Series of poker. He bagged the ultimate prize in a number of major no-limit hold 'em tournaments, including 1995 European Poker Championships.

He is an inductee of the Poker Hall of Fame.

Dan's birthday is in 62 days