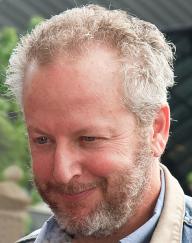 He is an American actor, comedian, artist, director, screenwriter, and activist. Daniel Stern officially launched his acting career in 1979 when he featured in the American comedy-drama, "Breaking Away", where he played the role of Cyril.

He is mostly prominent for his feature in the American comedy films, "Home Alone" (1990) and "Home Alone 2: Lost in New York" (1992), where he played the role of Marvin "Marv" Merchants. He is also known for having played the adult voice of Kevin Arnold in the 1988 comedy-drama series, "The Wonder Years".

He was born to parents who are of Jewish origin. His mother was a daycare manager, while his father was a social worker. His brother is the American television screenwriter, David Stern. He got married to Laure Mattos in 1980. He has children namely Ella, Sophie, and Daniel Stern, who is known for being an American politician.

He earned a nomination for the "Funniest Supporting Actor" at the 1992 American Comedy Awards.

Stern got nominated for the "Best Grownup Love Story" at the 2010 Movies for Grownups Awards.

He received a nomination for the "Favorite Heard-But-Not-Seen Character" at the 2007 TV Land Awards.

He picked up a nomination for the "Performance by an Actor in a Supporting Role" at the 2020 Canadians Screen Awards.

Daniel's birthday is in 266 days

He was born in Bethesda, Maryland, U.S..

Daniel Stern is a famous American actor, comedian, and director, who was born on August 28, 1957. As a person born on this date, Daniel Stern is listed in our database as the 81st most popular celebrity for the day (August 28) and the 179th most popular for the year (1957).

People born on August 28 fall under the Zodiac sign of Virgo, the Virgin. Daniel Stern is the 2350th most popular Virgo.

Aside from information specific to Daniel Stern's birthday, Daniel Stern is the 15062nd most famous American and ranks 6th in famous people born in Bethesda, Maryland, U.S.

In general, Daniel Stern ranks as the 27295th most popular famous person, and the 3533rd most popular actor of all time. “The Famous Birthdays” catalogs over 40,000 famous people, everyone, from actors to actresses to singers to tiktok stars, from serial killers to chefs to scientists to youtubers and more. If you're curious to see who was born on your birthday, you can use our database to find out who, what, where, when and why. You can search by birthday, birthplace, claim to fame or any other information by typing in the search box, or simply browse our site by selecting the month, the day, the horoscope, or any other clickable option.