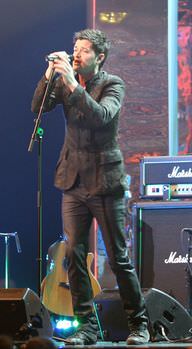 Danny O'Donoghue is an Irish singer and songwriter. He is best known as the frontman of the band The Script. The band has released 4 studio albums.

He has written and produced songs for Britney Spears, Boyz II Men and TLC. He has also served as a coach in the first 2 seasons of the TV talent show "The Voice UK".

Danny O'Donoghue's birthday is in 299 days

Where is Danny O'Donoghue from?

He was born in Dublin, Ireland.