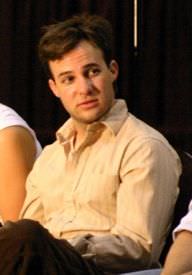 Daniel Strong, an acclaimed American actor, director, producer, and writer for both film and television, is regarded as one of the most affluent and well-liked actors in the acting scene.

He started acting quite early in the early 1990s since he had a genuine ability for it as a child, but he really rose to fame when he played Jonathan Levinson in the hit TV show "Buffy the Vampire Slayer."

His portrayal of Doyle McMaster in the comedy-drama series "Gilmore Girls" has also made him well-known. He is also renowned for his outstanding work in numerous other well-received and highly regarded movies, including "The Right Stuff," "The Butler," and "Outside Sales."

In addition to being a great actor, Strong has also achieved popularity and success as a producer and director, known for his iconic roles in a number of financially and critically successful movies and television shows, including "Empire," "Game Change," and "Dopesick."

He is of Polish, Russian, and Lithuanian descent.

Danny's birthday is in 247 days

Where is Danny from?

He was born in Manhattan Beach, California, U.S..