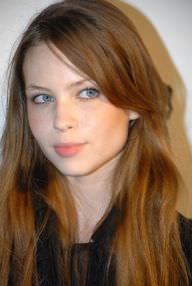 Daveigh Chase is a multiple award-winning American actress who made name for herself playing film characters such as Lilo Pelekai in the Lilo & Stitch series of films and Samantha Darko in 2001's Donnie Darko. On television, she is known for playing the character Rhonda Volmer on HBO's television drama seriesBig Love as well as for appearing on other popular series such as Charmed, ER, Touched by an Angel and Without a Trace.

She is the daughter of Cathy Chase and John Schwallier. She has a younger brother named Cade.

She won an MTV Movie Award for her role in the 2002 film The Ring. For her work on Lilo & Stitch, she won an Annie Award and a Young Artist Award in 2003.

Daveigh Chase's birthday is in 235 days

Where is Daveigh Chase from?

She was born in Las Vegas, Nevada, U.S..