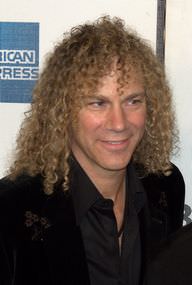 Title
David Bryan at the 2009 Tribeca Film Festival for the premiere of When We Were Beautiful. Photographer's blog post about this event and photograph.
Author
David Shankbone
Source
http://commons.wikimedia.org/wiki/File:David_Bryan_of_Bon_Jovi_at_the_2009_Tribeca_Film_Festival.jpg
License
CC BY 3.0

David is a talented songwriter and musician from the United States. His membership in “Bon Jovi” earned him a place in the Rock and Roll Hall of fame.

David Bryan Rashbaum is his name at birth and he was the son of Eddie Rashbaum. He was raised as a Jew, his father was into music and played the trumpet. His father’s involvement in music made him also develop interest in it. He started playing the piano before he was even eight years old.  When he got into school at Clara Burton, his musical talent kept growing. He also played the violin and the Clarinet.

He started his musical career with “Bon Jovi” while he was still a student of Rutgers University. He worked intensively with Bon Jovi and was a part of all their albums by either playing the piano or singing. He also went ahead to co-write some of the tracks including “The Hardest Part is Night”, “Love Lies” and “Keep the Faith”. He has worked on solo albums including “On the Full Moon” and “Lunar Eclipse”.

He is known to have received three Tony Awards for different musical works including one for best score or lyrics.

David's birthday is in 130 days

He was born in Perth Amboy, New Jersey, U.S..