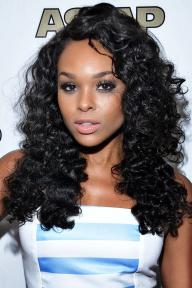 Popular American entertainer, Demetria McKinney is known for her appearance in the television series, "Tyler Perry's House of Payne" between 2006 and 2012. She is also noted to have featured in TV One's series, "The Rickey Smiley Show".

Most of her early performances were accomplished in several works of Tyler Perry including "Why Did I Get Married Too" and "Madea's Family Christmas".

She is noted to have 8 siblings.

She was nominated for the "Outstanding New Artist" at the 2018 Image Awards.

McKinney’s work in, "House of Payne" (2006) earned her a nomination, in the award category, "Performance in a Comedy Series", at the 2008 Prism Awards.

People born on August 27 fall under the Zodiac sign of Virgo, the Virgin. Demetria McKinney is the 2112th most popular Virgo.

In general, Demetria McKinney ranks as the 23185th most popular famous person, and the 2686th most popular actress of all time. “The Famous Birthdays” catalogs over 25,000 famous people, everyone, from actors to actresses to singers to tiktok stars, from serial killers to chefs to scientists to youtubers and more. If you're curious to see who was born on your birthday, you can use our database to find out who, what, where, when and why. You can search by birthday, birthplace, claim to fame or any other information by typing in the search box, or simply browse our site by selecting the month, the day, the horoscope, or any other clickable option.