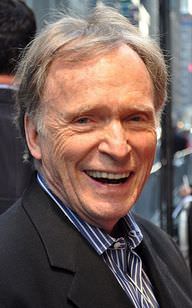 Dick Cavett’s early experience with television work included a gig on “The Tonight Show with Jack Paar” as a talent coordinator in the early 1960s. He had appeared in a few films before that.

He went on to establish a career as a stand-up comedian before he started hosting the television talk show for which he would become known best for: “The Dick Cavett Show”. It ran on various channels between 1968 and 2007.

He grew up in Lincoln, Nebraska as the son of teachers Alva B. Cavett and Erabel Richards. He was married to actress Carrie Nye from 1964 until she passed away in 2006. Four years later, he married Martha Rogers, the author.

In 2012, he played the role of Reverend Pilatus in the film, “Excuse Me for Living”.

Dick's birthday is in 98 days

Where is Dick from?

He was born in Gibbon, Nebraska, U.S..

What is Dick Cavett's height?