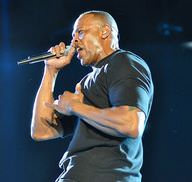 Dr. Dre is a celebrated American rapper, music producer and entrepreneur who first gained recognition with the gangsta rap group N.W.A. His 1992 debut solo album The Chronic turned him into one of the top ten best-selling American artists of 1993. He has over the years helped establish and produce albums for successful rappers such as Eminem, Snoop Dogg, 50 Cent and The Game. He founded the label Aftermath Entertainment and co-founded the leading audio brand Beats Electronics.

He was placed at number 56 in Rolling Stone's list of the 100 Greatest Artists of All-Time. Throughout his career, he has won several awards, including numerous Grammy Awards.

He married Nicole Threatt in 1996 and fathered two children with her. From his previous relationships, he had three children, one of whom died at the age of 20 from a drug overdose. 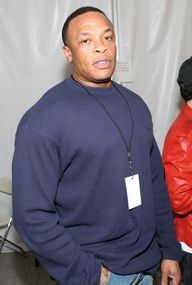 Before now, I've always taken my mixes out to the car and listened to them in the parking lot. I still do that, but more so now I'm listening to it on the Beat box, and I think people should give it at least a listen and check it out and see what it is.Dr. Dre

I always loved the way music made me feel. I did sports at school and all, but when I got home, it was just music. Everybody in my neighborhood loved music. I could jump the back fence and be in the park where there were ghetto blasters everywhere.Dr. Dre

I've looked at pictures that my mom has of me, from when I was four years old at the turntable. I'm there, reaching up to play the records. I feel like I was bred to do what I do. I've been into music, and listening to music and critiquing it, my whole life.Dr. Dre

Where is Dr. Dre from?

He was born in Compton, California, U.S..