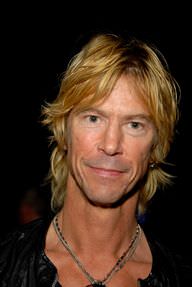 He made an exit from the group but made his return in 2016 after having gotten inducted into the Rock and Roll Hall of Fame that same year.

He later tied the knot with Susan Holmes in 1999. His children include; Grace and Mae McKagan.

McKagan has aspirations of becoming a brain surgeon while growing.

Duff's birthday is in 174 days

Where is Duff from?

He was born in Seattle, Washington, U.S..