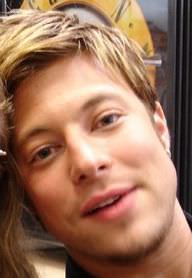 Duncan James is an English singer who entered into the public spotlight as a member of the British boyband Blue known for hits such asAll Rise, One Love, Guilty and Sorry Seems to Be the Hardest Word (with Elton John). In 2006, he released his debut solo album Future Past, which produced hit singles Sooner or Later and Can't Stop A River. Aside music, he has presented a number of television shows such as Soapstar Superstar: Extra Tracks and Scream! If You Know the Answer.

In 2005, he fathered a daughter named Tianie Finn with his former girlfriend Claire Grainger. He later revealed he was bisexual in 2009 and gay in 2012.

He and the other members of Blue, witnessed the terrorist attacks on the World Trade Center while filming the music video for Too Close in New York City.

Duncan's birthday is in 184 days

Where is Duncan from?

He was born in Salisbury, Wiltshire, UK.