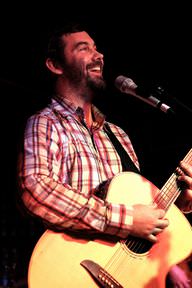 2008 Grammy Award winner Duncan Sheik is an American composer and singer who rose to stardom after releasing his debut album, "Barely Breathing" in 1996.

Sheik was born to Kacie and Peter Sheik. The musician was introduced to the guitar at 12 and has nurtured the talent ever since. He later enrolled in the Phillips Academy and graduated in 1988. He graduated from Brown University in 1992, where he studied semiotics.

Sheik canceled Concert dates for his 2011 album "Cover 80's” due to his alcohol addiction.

With his girlfriend Nora Ariffin, he fathered a daughter.

Duncan's birthday is in 349 days

Where is Duncan from?

He was born in Montclair, New Jersey, U.S..