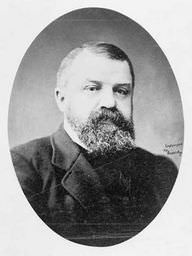 Dwight Lyman Moody was one of the most prominent American Christian evangelists in the 19th century. He founded the “Moody Bible Institute”, “Moody Church”, “Moody Publishers” and “Northfield Mount Hermon School.

In 1860, he gave up his shoe business in Chicago and turned to full-time missionary work.

Between 1861 and 1873, he was an active member of the “Young Men’s Christian Association (YMCA)” and served as the president of the Chicago association.

In 1870, he met the famous hymn writer Ira D. Sankey. Together with Ira, they significantly contributed to developing the “gospel hymn” and organized several evangelical tours across Great Britain between 1873 and 1884.

He organized many mass revivals in America, which prominent business executives sponsored. Additionally, he supported charity and the poor and helped alleviate social problems through his evangelism. He was widely regarded for setting the patterns for evangelism in large American cities. 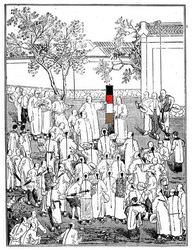 Dwight's birthday is in 123 days

How old was Dwight when he died?

Dwight L. Moody would be 185 years old if he was alive today.

Where was Dwight from?

He was born in Northfield, Massachusetts, U.S..