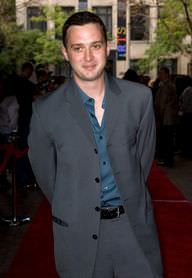 By the time Eddie Kaye Thomas first appeared onscreen as an actor in 1994, he was almost a doyen of stage performances, having made his debut in the latter at the young age of seven.

He has garnered recognition through starring roles such as Paul Finch in the first four films of the “American Pie” series, Dr Tobias M. Curtis in the television series, “Scorpion” and Jeff Woodcock in “’Til Death”.

He was raised in a Jewish home in New Dorp, Staten Island, New York City. Eddie Kaye Thomas is neither his legal name nor birth name as he has kept that from the public. It is a stage name he adopted for his career.

He and his “American Pie” co-stars were nominees for the “Best Ensemble Cast” category of the Young Hollywood Awards in 2000.

He can be seen in Kina Grannis’ music video for her song, “Dear River”.

Eddie's birthday is in 29 days